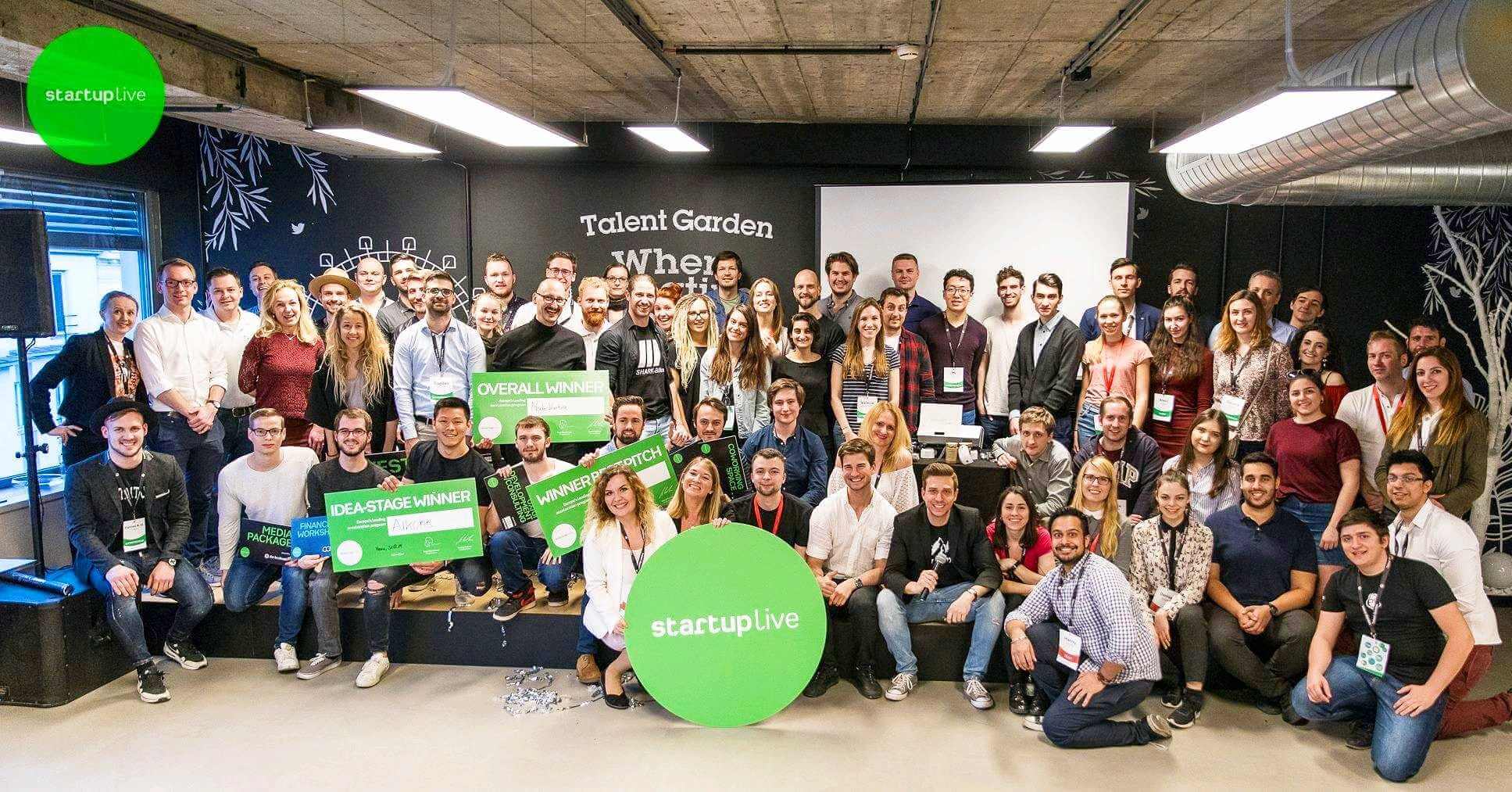 Startup Live debuting in Budapest in October 4-6, sets its sights on no less than its slogan proposes: “Start a business over the weekend”. An international series of events bring together startups and industry-renowned professionals for a few days to help them mentor ideas into truly successful products. Ergománia has been taking part in the event a number of times as mentors as well as the partners of the Hungarian edition, so it is only natural that we’ve decided to share our vast knowledge on what a startup would benefit from the UX approach and what are the pitfalls lurking for a business in its infancy.

The concept of Startup Live is simple yet ingenious: what if we were to connect startups or businesses in their early stages with long-established professionals in their respective fields for a few days? The idea seems to be working. The Vienna-based Startup Live has hosted 100 programs in 40 countries over 10 years, with more than 10 000 participants and 500 mentors. The event kicks off with the introduction of the mentors, then the startups choose professionals who would share their experiences with them in half-hour workshops, and would also try to answer arising questions and help them solve specific problems.
Ergománia has been a part of the Austrian event in Vienna and Eisenstadt for a year now and was a sponsor of the event this April offering continuous UX assistance for the runner-up. (The winner, by the way, was an application that plans our daily outfit based on our uploaded wardrobe.) The agency is a local partner of the event’s current Budapest edition, so we summarized our experiences with the event and the startup scene through a UX lens of course.

Half an hour? Really?

The first question, of course, is whether it is possible to help a startup in thirty minutes? András Rung, founder of Ergománia thinks so: “We managed to clear up a not-so-mature concept of a startup in 30 minutes, and they ended up the winners of the Eisenstadt event.” For specific dilemmas thirty minutes could be enough to sort through the problem factors (even to offer some solutions) also to align project-related thinking and talk about business- and user-centered focus. Conversation can open the eyes of startups to UX aspects needed to be addressed from the start. “It feels good to be able to add real value over this period of time. Also, on the mentors’ side it is inspiring in the sense of innovation to find out what is currently in the forefront of the mind of a 22-year-old,” says Andras.
The most recent four-day event in Vienna brought together participants from across Europe, including Hungary, Italy, Spain, Czech Republic, Slovakia and Germany. Maria Amidi Nouri, Ergománia Senior UX architect, recalled how colourful the field was. Several Italian startups came up with financial/fintech solutions, where not only UX, but also service design, and various research took center stage, but there was a fresh vegetable courier startup, which led to a discussion on user data collection and handling, and how these insights can be converted back into the user experience.

Maria found it very exciting to find a concept invented by a Viennese group, a port searching and planning application designed specifically for Norwegian seamen. It shows which type of services are available in nearby ports, how the environment is, and of course if there is a vacancy at all – that can be booked straight through the application. “It was a kind of a reflection to a real problem and it was very interesting to find a solution for it,” says Maria. Another app developed by high school students for their peers also addressed a real need: to help them choose the best subjects and also suggesting the best path towards higher education all in a playful and gamified manner. Worth mentioning a health care application, which tried to narrow the range of ailments on the basis of symptoms entered by the user. The app then recommended a doctor or a specialist of the given field.
Maria also thinks it is possible to provide actual, valuable assistance to a startup in 30 minutes to set global guidelines, to decide on the next steps, and to figure out an initial digital direction. Naturally, time is limited, especially since one-third of it is spent on presenting the idea itself. In spite of this, it is basically enough to consider how the concept, its digital implementation, research, user approach and user interfaces can be combined into one organic unit.

Underestimating the pitfalls much?

Regarding key experiences and pitfalls for startups Andras remarked that quite often startups underestimate the difficulties they are about to face, for instance regarding market launch. Mentoring can open their eyes to the fact that merely having a good idea is nowhere near enough, there must be a solution in place reaching the target getting users, and also for knowing what users really need.
There are thousands of startups today, and success depends on many factors. An idea by itself is nowhere near enough. Of course, there has to be a really good, valuable one to start with, but that’s just the first step, says Maria. She believes that experts should be involved even at this early stage (provided the venture lacks in-house expertise) since what makes a well-designed, successful startup is when the idea goes hand in hand with a sound business plan and a solution for real user needs.
Once you have an idea and more or less the business model itself, the UX approach can enter into the design phase: how it would benefit the users and how that would be implemented. In other words, a mental model of the startup is just as much a must have as a business model of its operation, and these should operate parallel to each other. You have a much better chance for success if all of this is assisted by a UX professional. In any case, your outlook for the future is much brighter than engaging this specialist at the end of the process as a miracle worker, expecting them to deliver a solution in the 24th hour.

Enter UX (as early as possible)

The Austrian event was attended by startups in very different phases of development, some with only an idea but some with a completely built-up concept. The earlier UX enters the process, the more UX can help, says Balázs Dömsödi, a senior UX designer who took part in one of the events in Vienna last year as a mentor.
What’s different about working with a startup is that there is typically no specialization among owners and originators and almost everyone deals with almost everything. In a larger, more complex organization specialization and dividing resources and responsibilities are the key, creating a very different environment.
What could be called a pitfall for a startup? Balázs says no matter how good your idea is, if in light of later research, the startup is unable to modify it or even let it go altogether, it could cause problems. For example, it may turn out that future users do not need a certain element, or not in a way it was originally envisioned – a good startup is one that can pivot rather than stick to the initial, seemingly revolutionary idea. In later stages of development letting go is still one of the key factors for success. Initially the founders/owners do everything from development, brainstorming, the books, blogging, maintaining Facebook presence, the list is endless. If you do not know how to let go, how to delegate – and this happens more often – then you will not have the energy to do more important tasks.
However, Balázs’s overall experience was that the participants took the mentoring very seriously, trying to get the most out of their allocated half hour-blocks.

According to consultant Csaba Kötcsei who also attended last year’s event in Vienna as a mentor, it is not self-serving to include experts at an early stage since it is not only a matter of how the application would work or look. UX basically conveys the perspective of the future user, so if you involve experts as early as possible, you can avoid detours and dead ends and save a lot of money.
In the startup world, there is a serious risk that the founders fall in love with their idea and do not make decisions based on objective research. And even if they do take the users’ perspective into account, they may not seek their opinion as professionals asking the right questions. For instance, the question of “would you use an application like this” evokes the easy yes from the user, but you can gain more valuable and deeper insight by letting the user take the beta for a test drive.
“UX gives you a complete insight to exploring everything. You know whom and how to ask, so that you can understand the trends, behaviors and patterns of future users early on, rather than getting opinions and individual tastes,” says Csaba.

“Mentoring is an uplifting activity. It makes the mentor feel good. It has given me a lot professionally and personally,” says Balázs. It has also widened his horizons provided that he typically works with larger organizations and startups tend to rarely or not at all use UX support. It is due to the do-it-yourself mentality of startups, but mainly because of financial reasons. Balázs says he also learned something valuable by mentoring: sometimes you have to step back and view things from a distance rather than the methods implemented by larger organizations that may already be more familiar with the UX area.
“The whole event was an uplifting, inspiring experience, with professional, cool organizers and interesting people. I am looking forward to the October edition in Budapest especially as Ergománia will be mentoring at home ,” says Maria. 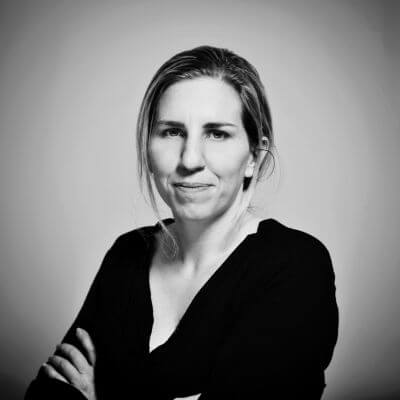 Zsuzsanna has gained her experience in numerous business fields. As a UX Designer, her goal is to provide a better product user experience. She specializes in product analysis and design while enjoying observing product improvement.

Imagine this: You’re outside a beautiful walled garden. You can see inside through the gates, and there’s lots of new growth, delicious looking fruit, and even some quite mature trees. You want to enter...