25-30 people, all professionals from the banking sector took part in the discussion. Dr. András Rung’s first question was about whose company has a dedicated UX team, which methods they employ for research, what processes they deal with and what experiences they have on the topic. Several of the participants emphasized on the equal importance of user experience and design during development. The design thinking methodology and the use of social media have also emerged as important aspects, which are also addressed by the banks represented by the participants. Whether their company monitors the activities of the competition, they said they are mindful of it, but it is not a primary concern for them.

Then, Dr. András Rung wondered how important the UX area was to those present, also, whether they paid attention to usability aspects. It turned out that the UX area is a highly developed and important area for many banks. They mentioned that Individual companies are familiar with good practices and also said that in their experience, TelCo companies are somewhat more open to technological innovations. On the other hand, banks are still in favor of much more cumbersome practices: they have to apply stricter rules and work with more rigid-minded people. This also means that even though they see good ideas or come across particularly good case studies, it is still very difficult to instil new ideas within the organization. For instance a representative of Budapest Bank expressed the need for a dedicated UX-team which is still nowhere to be seen.

Due to the internal organizational processes and to the aforementioned rigid-mindedness of the people in these organizations many banks, although being aware of the innovations and better examples, find it difficult to even consider implementing changes. They recognize the importance of not being left behind, but since the whole system is constantly changing, traditional banks make less and less sense in the digital world where increasingly progressive banks are emerging every day.

However, it is often said that UX is just a buzzword that has quickly become popular, with no particular underlying content. Thus, it can be seen that its aspects can only prevail if the organizational culture can accept them.

The next topic was UX and security. The participants were of the shared opinion that the two are natural enemies to each other, therefore making a number of banking processes (or many UX aspects within the banking process) are kind of sluggish. This means that security and UX considerations are not in the least aligned: the better the UX, the simpler the banking processes, the lower the security and vice versa, higher level of security is usually associated with worse UX.

Ernő Jeges from Cydrill explained that two-factor authentication (2FA) is an excellent example, namely when we also receive an SMS to our phone when making a transfer. This complicates the process, and complications are rather unlikely to be cheered by the users (actually the UX is worse in this particular instance), but it makes transferring funds more secure. It is quite rare when these two aspects are getting better together. Greater security and better UX rarely go hand in hand.

Several people also spoke about blockchain technology, and the emphasis was on the importance of educating the masses. It would be very important to make more and more people understand that blockchain tech must be separated from cryptocurrencies. While this is undoubtedly the best-known form of its application, it could also prove to be useful for financial institutions in a number of other roles, such as providing identification when one is transferring funds.

The “real blockchain” cannot be regulated, although a lot of people would absolutely love to do so. They also noted that while this is a huge business, the people making it go round 365 days a year should never be forgotten. 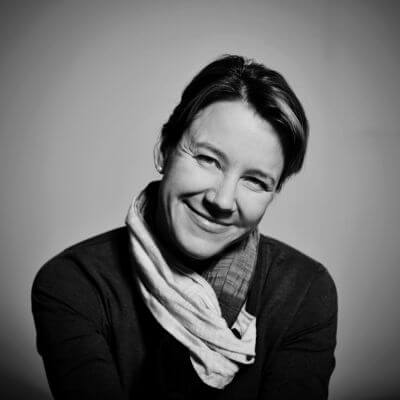 Her field of research is online communication, visual, ergonomic and navigational issues on online interfaces. She is a guest lecturer and researcher of the University of Bologna, as well as a freelance senior usability researcher of Ergománia Ltd.

I empathize with Maria Amidi Nouri in our mutual wish to be closer to the sea. I was raised on the coast of north east England, Maria in Tehran, a few hours drive from the world’s largest inland body ...